Launched in September 2018 by BPI France and Enterprise Singapore, this program funds French and Singaporean companies that embark on a joint R&D project.

With a presence in Singapore and France, GAC Group is your key partner to:

Our consulting fees can be granted by both agencies on a case-by-case basis.

To further understand the Singaporean innovation ecosystem and the synergies that exist between the two countries, we invite you to read the article we published on TechInAsia . 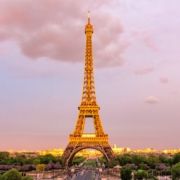 This year’s VivaTech convention in Paris played host to thousands of delegates from around the world—from startups to industry leaders—all there to celebrate the latest innovations and the power of technology to transform business and society.

Among the crowd was an unusually large delegation from Singapore led by S. Iswaran, Singapore’s minister for communications and information.

This was no surprise. January 2018 marked the start of the Singapore – France Year of Innovation, a partnership between the two countries aimed at fostering stronger relationships, developing expertise, and sharing knowledge.

Despite their distance, the two nations have a variety of reasons to collaborate.

Currently ranked the third-most innovative country in the world, Singapore’s Smart Nation agenda has garnered a lot of attention from foreign businesses. France is also a global leader in this sphere, with the sixth highest R&D expenditure after the US, China, Japan, Germany, and South Korea. Both countries have also been incentivizing private R&D projects through generous tax credits and grants in order to drive their growth strategies.

Read the rest of the article on www.techinasia.com 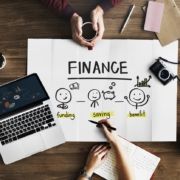 Rated number one in the world by the World Bank for ease of doing business, Singapore provides a variety of grants. In its most recent budget, the city-state’s government amplified its support toward the tech sector through a number of publicly funded schemes.

Still, many tech companies are currently missing out on the opportunity to benefit from these grants. We take a look at some of the main slip-ups.

How to avoid the main mistakes when applying for grants in Singapore?

Read the rest of the article on www.techinasia.com

This site uses audience measurement cookies to help us understand how visitors use our site to improve it. By continuing your visit to this site, you accept the use of cookies.

We may request cookies to be set on your device. We use cookies to let us know when you visit our websites, how you interact with us, to enrich your user experience, and to customize your relationship with our website.

Click on the different category headings to find out more. You can also change some of your preferences. Note that blocking some types of cookies may impact your experience on our websites and the services we are able to offer.

These cookies collect information that is used either in aggregate form to help us understand how our website is being used or how effective our marketing campaigns are, or to help us customize our website and application for you in order to enhance your experience.

If you do not want that we track your visist to our site you can disable tracking in your browser here:

We also use different external services like Google Webfonts, Google Maps and external Video providers. Since these providers may collect personal data like your IP address we allow you to block them here. Please be aware that this might heavily reduce the functionality and appearance of our site. Changes will take effect once you reload the page.