Absenteeism: what are we talking about?

All the surveys carried out on absenteeism converge on the same observation: an inflexible increase in absenteeism in France for several years!

Six out of ten companies have been facing an increase in absenteeism over the past five years, according to the latest study by the Absenteeism Referential association.

A correlation is clearly established between the increase in absenteeism and the size of the company: large groups (> 5,000 employees) are the most affected (79% of large companies) and the threshold of 100 people appears as a tipping point. (43% companies with less than 50 employees are affected).

This study also reveals that three sectors are characterized by above-average increases in absenteeism:

Another striking fact: the percentage of companies having succeeded in reducing their absenteeism over the past five years is only 20%.

For the authors of this study, this observation of failure stems from the complexity and the multifactorial dimension of this problem, faced with which the departments, in particular the HRDs, do not have the appropriate tools or expertise and are not supported. to deal with this topic.

According to them, this lack of support is linked to the fact that absenteeism is very often seen primarily as an HR issue only.

It is only the achievement of a critical organizational threshold and therefore an impact in terms of reduced competitiveness that will challenge general management and financial management and transform the subject of absenteeism into a business problem.

Data on the cost of absenteeism in France

According to the study of the Absenteeism Repository, only 5% of the companies questioned measure all the costs (direct and indirect) linked to absenteeism, 10% only measure direct costs while 85% have no financial indicators. .

Monitoring absenteeism indicators can be a strategic junction point between the various business and support departments and in particular between the human resources department, the financial department and the general management.

One of the (many) difficulties with the absenteeism indicator is its synthetic dimension. Like any indicator, it is important to know what it covers, how it is calculated, what it encompasses and what it excludes.

An indicator is always a matter of debate. It guides behavior. It can be the fulcrum of a policy carried out, hence the importance of the choices to be made to delimit its perimeter.

The absenteeism rate is calculated in the form of the weight of absences in relation to the planned working time (theoretical workforce) over the same determined period.

It is therefore a ratio:

The shorter the period (the month for example) and the restricted scope (such and such a service, such hourly modality, such profession, etc.), the more detailed the analysis can be.

Indeed, all absences do not constitute absenteeism: those which are predictable by their regularity or which are based on social rights are not "compressible" and should not be included in the monitoring of a rate of absence. “compressible” absenteeism, in other words over which the organization has the means to act.

So-called incompressible absences are not absenteeism, even if they will result in an absence from the “workstation”, for example:

It may be necessary to monitor several absence rates for operational and organizational reasons: certain positions require to be held, whatever the nature and the justification of the absence.

The so-called compressible absences are those that we recommend to integrate and to follow within the framework of an action plan: they are avoidable and disrupt the activity the most.

They are linked, even indirectly, to the conditions of performance of the work and to the organization of the work (absences which cover a risk of which we do not know when it will occur but which may be the subject of a preventive action):

It may be relevant to follow the only “compressible” absenteeism which groups together absences that can be controlled by the company because they are linked to the policy pursued, to the organization of work or to relational modes. This amounts to choosing to include only these five types of absence in the calculation scope of this rate and to exclude the others.

However, it is important that this bias be debated internally with the players concerned (management, managerial line, staff representatives, etc.).

But be careful not to want to go too far in controlling your absenteeism, this can conversely generate presenteeism which has the same harmful effects as absenteeism. It is defined as being:

"The behavior of a worker who, despite physical and / or psychological health problems requiring time off, reports to work"

Some employers have quantified that the absenteeism of an employee costs them on average three times the direct costs of the employee on leave.

These are only statistics to be put into perspective with the context of each company, with the policies implemented, but this gives an idea of the stakes when we know for example that a degradation of image, a loss of confidence (of employees or customers) can be lasting and invaluable ...

The direct costs of absenteeism for the employer cover at least four large families. Indirect costs, often invisible directly, vary according to the context of each company, but are therefore very real.

The impacts of absenteeism on the productivity and performance of the company set off a vicious circle: delays in delivery or production, deterioration in the quality of products or services rendered, therefore loss of confidence on the part of customers, development of feeling frustrating to "do the work of others without any recognition" therefore disengagement of employees who feel aggrieved and development of tensions between employees present, between absent and present employees and between employees and managers.

THE ESSENTIALS TO REMEMBER

Absenteeism is very expensive for organizations, whether public or private.

The figures mentioned in this section show that few actions are implemented by employers or that those implemented are ineffective, while the stakes are high.

Not every absence is absenteeism, so it is important to know what you want to measure. The company must focus on the most significant absenteeism factors in its context and the most likely to be able to be the subject of an effective intervention by the implementation of an action plan.

[REPLAY] Discover the replay of our webinar dedicated to the Innovation Competition - i-Nov.

We are constantly on the lookout for legal, administrative and fiscal developments. By subscribing to our newsletter, you will receive monthly #actualités #fiscal news. Click below to register: https://lnkd.in/eKw3ibi3

🚀 Are you an innovative startup, do you have a product or service already launched and commercial traction to accelerate?

The new GAC'UP by GAC Group (France) promotion is for you! 🚀

GAC Group (France) is organizing the i-Nov Innovation Competition: Maximize your chances of success! 09/02/2021. Would you like to participate? https://www.linkedin.com/events/concoursd-innovationi-nov-maxim6833755471971663872/

As part of one of our IDIH Global projects (international cooperation in the field of digital health), we are happy to share our podcasts with you. Click below to find out more: https://lnkd.in/dq_SfGZ 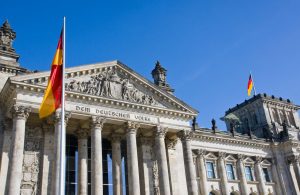 Take part in our webinar which will take place on Friday October 1, 2021 from 11:30 am Since March 2021, Germany has fully implemented the new tax bonus system for industrial R&D. With this new funding program, the German government has set itself an ambitious goal of supporting innovation with a budget 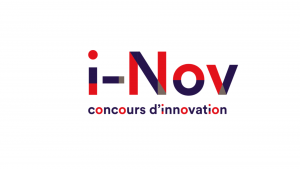 The i-Nov Innovation Competition is funded by the State via the Future Investments Program (PIA) and operated by Bpifrance and ADEME. It supports the accelerated emergence of companies (start-ups and SMEs) with the potential to become world-class leaders in their field. For the winners, this is an opportunity to obtain co-financing (up to 45%) of their 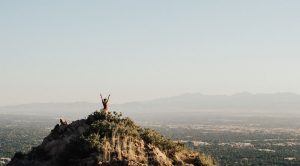 “In order to promote the development and sustainable growth of companies, many levers exist to accelerate their innovative projects. In this white paper, you will discover how to reconcile tax systems to support innovation, public aid and subsidies and sources of private funding and how these levers can be articulated to bring out your projects,