When the state of health of an employee, victim of an accident at work or an occupational disease, is stabilized but presents after-effects preventing him from recovering all of his previous capacities, it is declared consolidated. Consequently, he no longer receives daily allowances but an indemnity for a Incapacity Ppermanent Partificial.

Allocation of a PPI rate

The employee is examined by the medical adviser attached to the Caisse Primaire d'Assurance Maladie (CPAM). The latter draws up an assessment report for the sequelae based on the medical documents communicated by the employee (such as an operative report, radiological report, medical prescriptions, etc.).

The medical adviser sets a rate of Permanent Partial Disability. It is determined on the basis of medical and professional criteria (type of disability, age, general condition, physical and mental faculties, aptitudes) and the indicative scale of disability appearing in the appendix to the Social Security Code.

The aim of the indicative invalidity scale is to provide the basis for estimating the damage resulting from the after-effects of work accidents or occupational diseases. This indicative nature is justified by the proposed average rates from which the doctor can deviate after having explained the reasons (existence of a previous pathological state).
Here is an excerpt:
3.2 DORSO-LUMBAR SPINE: Persistence of pain in particular and functional discomfort (whether or not there are sequelae of fracture):

To these rates may be added the estimated rates for co-existing nerve damage.

A topical committee for the scales of work accidents and occupational diseases was created by a decree of February 9, 2016 (JO of February 11, 2016). This committee is responsible for updating the scales, in order to bring their content into line with the development of medical techniques and to supplement them with regard to the evolution of injuries and pathologies of occupational origin. In addition, this medical rate may be increased by a professional coefficient in the event of loss of salary due to the repercussion of the consequences on professional activity, for example following a dismissal for medical incapacity.

The role of the CPAM

The rate allocated to the employee has an impact on the work accident pricing of his establishment, which may lead the employer to dispute it.
If this rate is between 1 and 9%, the employee receives a capital allowance. This compensation gives rise to a lump sum charge to the employer's account of approximately € 2,000.

On the other hand, if the rate is equal to or greater than 10%, the employee receives a life annuity. Depending on the size of the fixed rate and the sector of activity, the employer's account is charged with a lump sum of approximately € 50,000 to € 500,000.

The PPI rate notified by the primary health insurance fund following an accident at work or an occupational disease can be contested by the employer.

Indeed, this rate determines the amount of the pension allocated to the employee and has a direct financial consequence on the contribution rate for "accidents at work and occupational disease" of the establishment concerned.

Jurisdiction of the Disability Litigation Tribunal

This rate is challenged before a Disability Litigation Tribunal (TCI). This procedure is part of the technical social security litigation. The TCI does not have the competence to verify the imputability of the injuries to the declared accident or to judge the merits of the length of the stops which requires a medical expertise before the Social Security Affairs Tribunal. On the other hand, it judges disputes relating to decisions taken in matters of disability, on the state or degree of disability in the event of a non-professional accident or illness.

The employer seizes the TCI with territorial jurisdiction to request a reduction in the PPI rate. There are twenty-six TCIs established within the jurisdiction of each Regional Directorate of Health and Social Affairs.

Within ten days of receiving the dispute, the court secretariat sends a copy to the employee's primary fund and invites him to submit his written observations, in triplicate, within ten days. During this same period, the fund is required to transmit to the secretariat the medical documents relating to the case and to send a copy to the applicant or, where applicable, to the doctor it has appointed.

In fact, the medical conclusions listed at the bottom of the CPAM notification do not, in most cases, make it possible to ensure the adequacy between the sequelae described and the PPI rate attributed.
It is therefore advisable, during the referral, to ask the CPAM to communicate the medical report to an expert doctor previously appointed by the employer so that he can assess the merits of the PPI rate allocated.

The TCI secretariat summons the employer and the CPAM by mail at least fifteen days before the hearing. Invitations are sent by registered letter with acknowledgment of receipt. The proceedings are oral. However, the parties have the option of filing written observations.

The decision of the TCI must be motivated. It is pronounced in public hearing and notified to the parties by registered letter with acknowledgment of receipt within 15 days of the judgment.

The TCI judgment may be appealed within a period of one month from the notification to the CNITAAT, headquartered in Amiens.
The Court is also competent in first and last resort for disputes relating to pricing (setting the contribution rate, granting rebates, imposing additional contributions, etc.)
The appeal is made by a registered declaration with a request for acknowledgment of receipt to the secretariat of the TCI which rendered the judgment.
The secretary of the TCI records the call and sends it by simple letter, receipt of the declaration. As soon as the formalities have been completed by the appellant, the secretary notifies, by simple letter, the opposing party of the appeal.
At the same time, he sends the general secretariat of the CNITAAT the entire case file with a copy of the judgment, the appellant's statement and the letter advising the opposing party.
Upon receipt of the appeal file, the Secretary General of the Court invites the parties in question to submit a brief within twenty days.

The secretary general of the CNITAAT ensures the communication of briefs and documents during the examination of the file. In principle, the court has a documentary status in accordance with the provisions of art. R.143-27 of the Social Security Code.
As soon as the instruction closing order is issued, the parties are summoned to the hearing at least fifteen days before the date of the hearing.

The proceedings are oral. However, parties who submit written observations to the Court are exempted from appearing at the hearing, the judge nevertheless having the power to order that the parties appear before him.

Decisions pronounced at a public hearing are notified by post to the parties and may be appealed against within two months (with the need to have recourse to a lawyer at the Court of Cassation).
Particular point: in no case does the Court of Cassation rule on the merits of the case (on the rate). On the other hand, it judges the form by checking the application of the rules of law and the conformity of the decisions taken by the CNITAAT.
The Court may dismiss the appeal, in which case the proceedings are terminated. On the other hand, if it overturns the decision, the case is returned to the CNITAAT otherwise composed for the case to be retried.

The interest of a dispute over the PPI rate

A favorable decision for the employer before the TCI or the CNITAAT can lead to a significant drop in its contribution rates. The Court or the Court thus have the possibility of reducing the PPI rate initially attributed to the employee and this in the strict employer-social organization relationships. This rate reduction entails a modification of the lump sum charged to the employer's account of the establishment concerned.
Indeed, from the data transmitted by the health insurance fund, for each accident and occupational disease, the retirement and occupational health insurance fund (CARSAT) charges a lump sum according to the average cost category. permanent incapacity (CCM IP).

The IP CCM is determined based on the permanent disability rate assigned as follows:

The court decision indicating a reduction in the PPI rate initially allocated has an impact on the establishment's pricing only in the event that a modification of the average cost category of permanent disability has been made.
Example: a PPI rate of 15% (CCM IP2) reduced to 9% (CCM IP1).

As a reminder, the reduction of this rate following an appeal by the employer has no effect on the rights definitively acquired by the employee.

Once the favorable judgment is final at the end of the appeal period, a request for rectification of the employer's account is sent to CARSAT accompanied by the decision.

To this end, it proceeds to rectify the rates initially notified to the employer.

It is ultimately the employer's responsibility to request from URSSAF the reimbursement of contributions unduly paid, if applicable.

To not miss any news on this subject, do not hesitate to subscribe to our HR Newsletter. 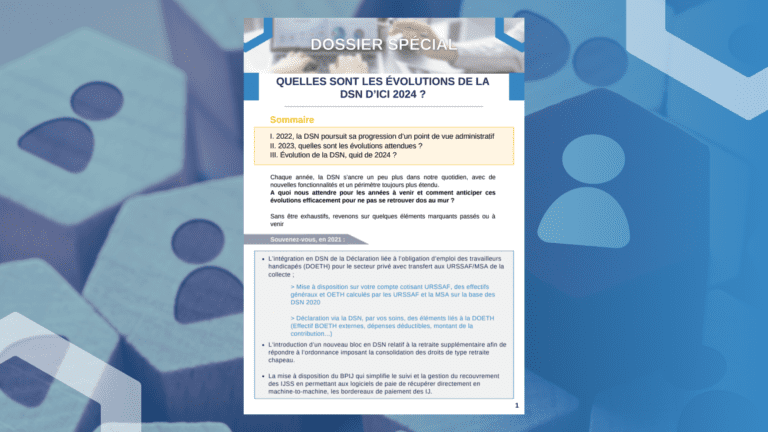 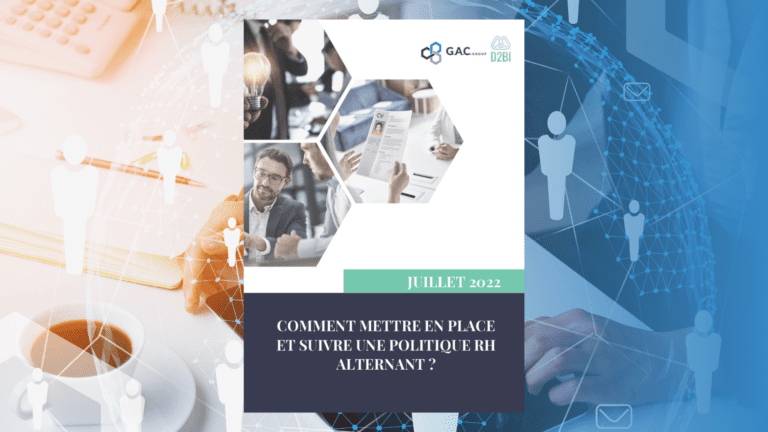 How to set up and monitor a work-study HR policy? 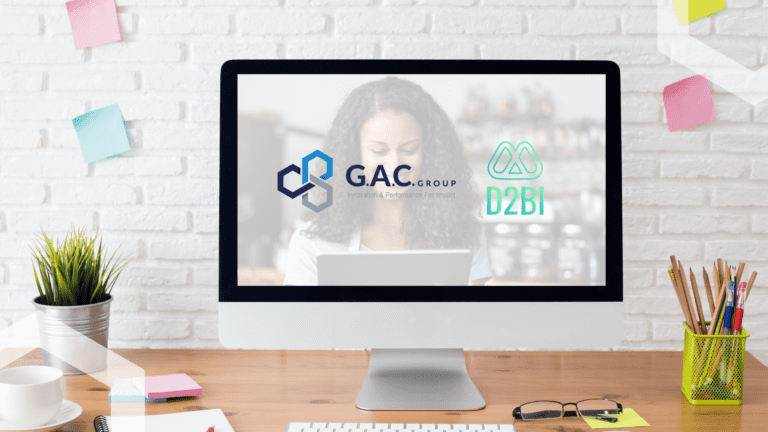