Coronavirus: rules applicable before the courts

4 ordinances were published today in the Official Journal in order to adapt the rules applicable before criminal courts, other courts of the judicial order, courts of the administrative order and to extend deadlines that have expired during the period of health emergency .

As far as we are concerned, ordinance n ° 2020-306 of March 25, 2020 relating to the extension of deadlines expired during the period of health emergency and to the adaptation of procedures during this same period. therefore allows the act performed within the additional time limit to be considered as not being late.

However, it should be remembered that:

It is, as stated in article 2 of this ordinance, of " Any act, appeal, legal action, formality, registration, declaration, notification or publication prescribed by law or the regulations on pain of nullity, sanction, lapse, foreclosure, prescription, unenforceability, inadmissibility, expiry, automatic withdrawal, application a special regime, void or forfeiture of any right and which should have been completed during the period mentioned in article 1er will be deemed to have been done on time if it has been done within a period which cannot exceed, from the end of this period, the period legally allowed for action, within the limit of two months. "

Also, and this in order to preserve the rights of all, and to adapt to the constraints of confinement, this ordinance allows that when procedures, whatever their form (act, appeal, formality, notification, etc.) of which the The absence of fulfillment may produce legal effects could not be achieved during the period of state of emergency increased by one month, they may be fulfilled at the end of this period within the period normally provided and at the latest within two months of the end of this period.

Count on all GAC Group employees to provide you with advice on these subjects!

We have been experts in this since 2002 and we are at your disposal to help you better understand these exceptional devices and make them a reality.

Be assured of the daily mobilization of GAC Group employees to respect the commitments made to you!

GAC Group is grateful for the trust and loyalty you show in us as well as the professionalism and dedication of its employees.

In a spirit of collective responsibility, we will together contribute to reducing the impact of the health context we are going through.

GAC group sends you all its solidarity thoughts. Our common mobilization will bear fruit!

What a pleasure to join all together even virtually! 🇪🇺🇮🇳
Today we had our 7th Plenary #meeting and we discussed our progress and next steps. Thank you all for this fruitful exchange. Stay tuned for more info! 💧
@Polytechnique @BeryLebental @svet_kl @CLaspidou @GAC_Group #H2020

📢 SENET's 2nd Researchers and Innovation Experts Meeting will take place on the 18th of May, from 9:30 am to 11:30 am CET.
Do not miss the chance to register as an expert here👉https: //cutt.ly/QcedTSH

#ForumEB Students, young graduates, engineers and technicians looking for a job, come and meet the professionals and godmothers GAC Group (France) present at the 9th edition of the Forum "Networks and careers for women", Thursday March 11!

It's #8marstousjours with @Ellesbougent! A look back at the campaign dedicated to International Women's Rights Day and the reduction of gender inequalities. 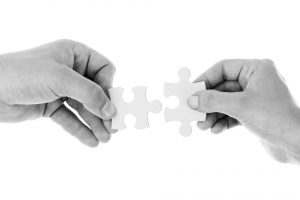 Since 2019, all companies with more than 250 employees and, since 2020, all those with more than 50 employees must calculate and publish their Professional Equality Index between women and men every year on March 1. Elisabeth Borne, Minister of Labor, Employment and Integration, today presented the 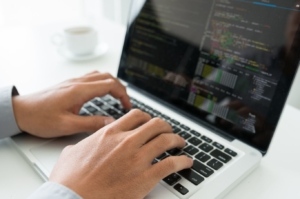 The simplification law of March 22, 2012 enabled the implementation of the nominative social declaration (DSN). The latter aims to replace and simplify the majority of social declarations in a single transmission of social data from payroll. The potential for integrating new features increases year after year, enriching DSN data.

Introduced by the 2010 finance law, the territorial economic contribution (CET) replaces the professional tax on equipment and movable property (TP), to which companies and natural or legal persons exercising a self-employed professional activity were subject. The original purpose of creating this tax was to ease the pressure