The Minister of Finance and Recovery presented the Finance Bill (PLF) for 2021.

Article 8 of the PLF relates to the adjustment of the research tax credit and the innovation tax credit.

It's about project of finance law presented to the Assembly by the government. This text will be discussed by the various bodies and is subject to change. Thus, at this stage, it is only a proposal for the development of the CIR and CII. We will not fail to inform you of the consequences reserved for the CIR and CII as and when the various exchanges on the PLF.

As it stands, the proposed text repeals d of II of article 244 quater B of the CGI relating to doubling of the base of research services entrusted to public or similar third parties.

The explanatory memorandum mentions that the abolition of this doubling of the base allows a harmonization of the methods of taking into account the expenditure relating to research operations entrusted to third-party organizations for the calculation of the research tax credit (CIR) in aligning the provisions relating to operations entrusted to public or similar bodies with those provided for private bodies. Therefore, article 8 provides for abolish the tax base doubling system from 2022 which was set up in 2004 with the aim of encouraging synergy between public and private research.

In addition, the other proposed change is to remove the increased rate of the CIR of 50 % and to lower to 35 % instead of 40 % the increased rate of innovation tax credit (CII) applicable to eligible expenses incurred in Corsica. . To do this, article 8 of the PLF proposes to repeal article 150 of the finance law for 2019 and increases from 20 % to 35 % the CII rate applicable to eligible expenses incurred in Corsica.

Finally, all requests for rescripts or expert opinions should be addressed exclusively to the ministry responsible for research. It is therefore proposed to eliminate in the law the possibility of sending such requests to bodies other than responsible for supporting innovation, such as the National Research Agency (ANR), which are no longer organized to deal with such requests. requests.

Madam Deputy Annaïg Le Meur questioned Madam Minister of Higher Education, Research and Innovation on the qualification of researchers restricted to the sole obtaining of a diploma conferring this quality. It is also asked whether it is planned to widen the conditions for granting this tax credit in order to include more small innovative companies which do not have personnel with the qualification of scientists or engineers.

By a ministerial response published in the Official Journal on September 29, 2020, the Government reminds that despite the qualification requirement mentioned by administrative doctrine (10 of BOI-BIC-RICI-10-10-20-20-20181205), 1 of article 49 septies G, and the comments on administrative doctrine (20 of BOI-BIC-RICI-10-10-20-20-20181205) allow a relaxation of this restrictive condition. It is then not necessary to expand the devices as requested.

In fact, a person “assimilated to engineers” can be considered as a researcher, provided that he or she meets the following cumulative conditions:

- it is directly and exclusively assigned to research operations;

- it has acquired skills within the company or previously which assimilate it, by the level and nature of its activities, to the engineers involved in research work.

In addition to the quality of scientist recognized by holders of a master's level degree (at least or equivalent), a person who does not hold an engineering degree may be considered as having the qualification of engineer, as long as he is has acquired skills within the company or previously assimilated, by the level and nature of its activities, to the engineers involved in the research work. 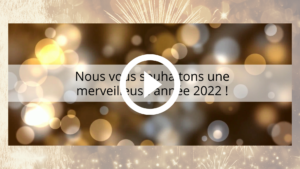 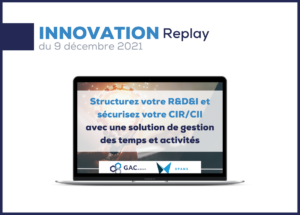